Toronto, Ontario – January 9, 2019 – Montero Mining and Exploration Ltd. (TSX-V: MON) (“Montero” or the “Corporation”) has been awarded exploration licenses covering an area of 13,800 hectares (the “Avispa project” or “Property”) in the Atacama Desert of northern Chile. The exploration licenses are located between the Salar de Atacama and the coastal range in northern Chile (Figure 1.).

The geology of the Avispa Project consists of extensive sedimentary evaporite salt deposits intercalated with fine grained clastic sediments of Tertiary age that occur in a stratified package, partially exposed and up to 30 m in thickness. The evaporite deposits are considered to have been deposited as a lacustrine sequence that formed in a tectonically isolated part of the early Río Loa basin sedimentary infill in northern Chile.

Reconnaissance channel sampling by the Founders of the evaporite lacustrine sequences found in the Avispa project area revealed anomalous values of lithium and iodine, as well as potassium, sodium and calcium as nitrates and sulphates that are generally encountered in the caliche deposits of the Chile nitrate fields. The values obtained are provided in Table 1 below. These will be verified by an independent set of samples taken by Montero to better understand the extent of the lithium, iodine and nitrate mineralization on the property.

Dr. Tony Harwood, President and Chief Executive Officer of Montero commented, “Montero has been awarded exploration licenses covering 13,800 hectares targeting a potentially new discovery of lithium mineralization in the Atacama Desert of northern Chile. Lithium values of up 517 ppm and iodine values of up to 852 ppm are reported from reconnaissance sampling in the license area, with anomalous values of potassium and sodium nitrates. Montero has undertaken confirmatory and reconnaissance sampling over the license area and will provide further updates as results are obtained. The project adds to our portfolio of lithium projects in good mining jurisdictions. Chile is one of the foremost mining jurisdictions and a major source of global lithium supply.” 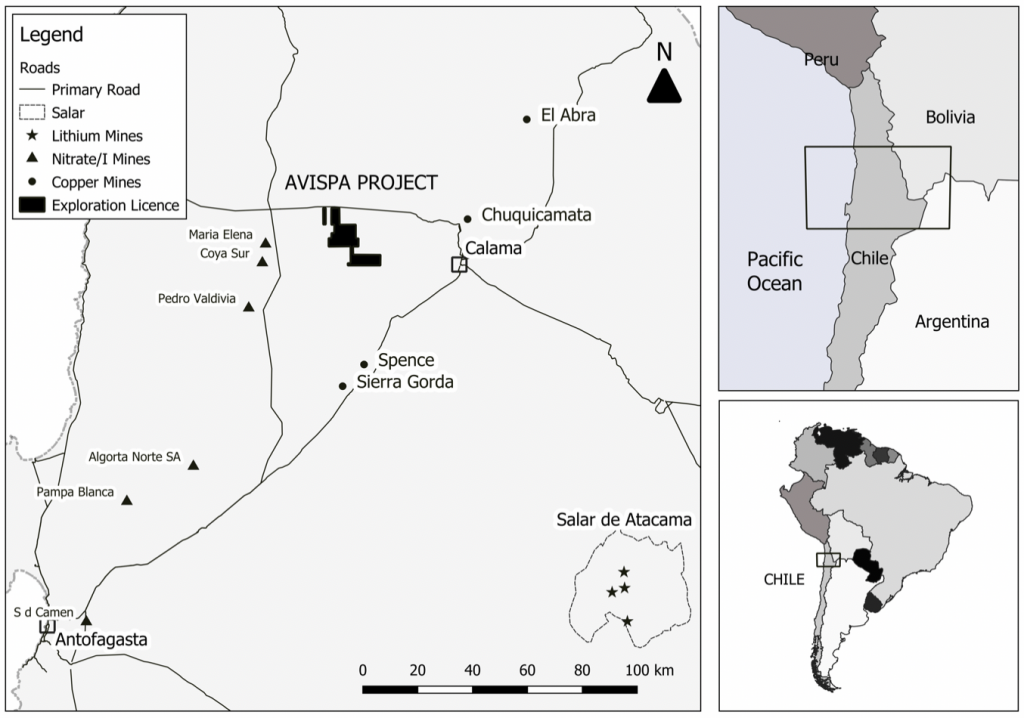 The evaporite deposits are exposed and the extent of their surface expression has been determined by reconnaissance field traverse ground truthing and remote sensing techniques (including aerial photograph and Google Earth imagery interpretation).  Based upon this work, Montero made application for 13,800 hectares of exploration licenses that have now been awarded (Figure 2). The area of the exploration license was previously held by BHP for base metal exploration and several historical drill holes are located on the property.

Montero has a binding agreement (“agreement”) with a private geological consortium (“Founders”) that has developed certain specialized concepts for the exploration of unique lithium bearing deposits in specific target areas of the northern Atacama Desert. The reconnaissance work to date has highlighted a potential new discovery of lithium not previously documented. Montero has 15 months to complete due diligence sampling program to its satisfaction, and once completed, the Founders shall be granted a 1.5% net smelter royalty and $100,000 shares in Montero at the market value at that time, subject to regulatory approval. The agreement also provides that when Montero has sufficient confidence that sufficient grade material can be mined and processed economically, the Founders shall be granted a further $600,000 of Montero shares, subject to regulatory approval.

Montero has appointed Sr. Marcial Vergara, a Qualified Person for the purpose of National Instrument 43-101 to review the geology, and to undertake a reconnaissance sampling program to confirm previous assay results and expand into areas not yet sampled. Further updates will be provided. 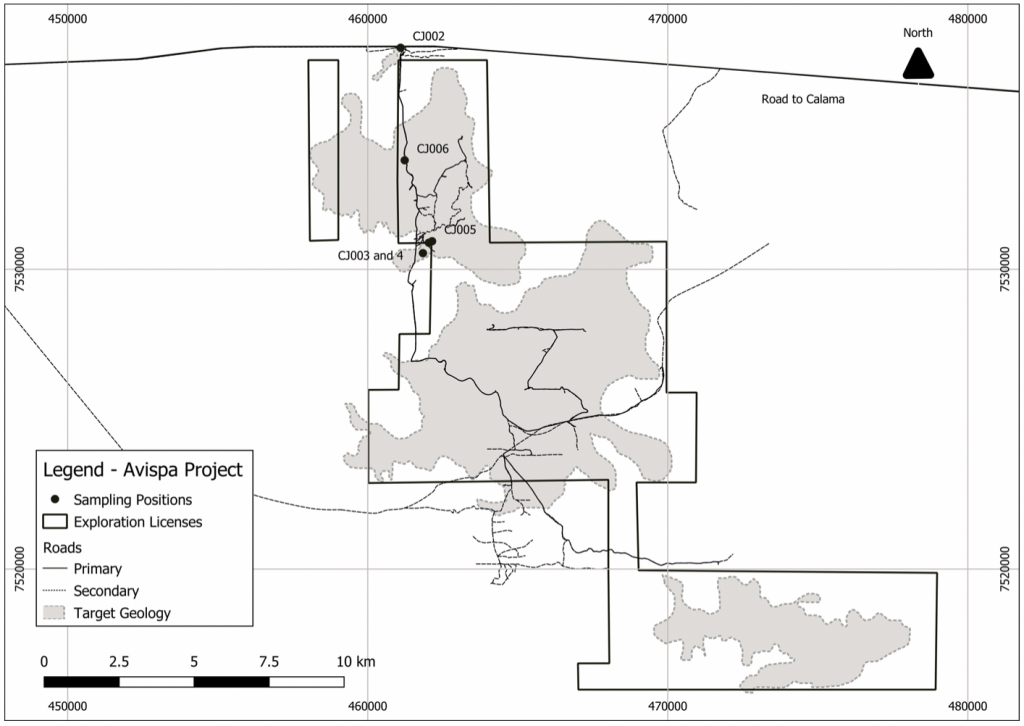 This press release was reviewed and approved by Mr. Mike Evans, M.Sc. Pr.Sci.Nat. and Sr. Marcial Vergara B.Sc. Geology who are qualified persons for the purpose of National Instrument 43-101. Sr Vergara is based in Santiago and has more than 30 years’ experience with lithium exploration experience in Chile, Argentina and Bolivia.

Montero is a mineral exploration and development company engaged in the identification, acquisition, evaluation and exploration of mineral properties in Africa. Currently the company is focussed on advancing its battery metals exploration projects for lithium and tin-tantalum in Namibia. Montero also has phosphates in South Africa and rare earth elements (REE) in Tanzania. Montero trades on the TSX Venture Exchange under the symbol MON.